The RBA has continued to hold the record 2.0% interest rate at their July 7th meeting last week. With no change to the cash rate it would seem the Melbourne property market would continue its exceptionally strong performance for the foreseeable future.

The 78% clearance rate achieved over the month of June puts the 2015 winter period as the strongest since 2009 according to the REIV, up substantially from the 71% reached this time last year. 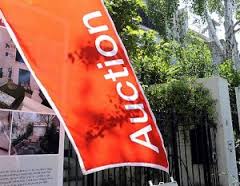 All of this data flies in the face of reports the Melbourne market will take a sharp nose dive towards the end of the year.

In recent days a yet to be published paper currently under review for the Economic Record has claimed the Melbourne market is going to take a 9% nose dive.

Authors Abbas Valadkhani of Swinburne University, Ronald Ratti of the University of Western Sydney and Greg Costello from Curtin University also suggest that the Sydney market will plateau over the remainder of 2015.

If this yet to be published report shows anything, it’s that a bursting bubble in Melbourne is receiving plenty of coverage, but probably doesn’t have much substance.

The findings have been generally refuted by industry experts. Even National Property Buyers own data is showing how strong the market has been performing over the winter months, recording a massive 89% clearance rate over the month of June and 88% and 90% on the first two weekends of July.

As we reach the half way point of winter all indicators are that the market will continue its surge into the spring as the clearance rates have shown over the last six months.

Everyone knows the auction market has been running red hot in Melbourne over the last two quarters. But it’s not until you see the figures in black and white that it becomes apparent how impressive they are.

The REIV figures released over the last three months have reached astonishing levels: April achieved 77% clearance from 2,000 auctions, May reach a massive 79% from 5,000 auctions and June recorded 78% from 3,000 auctions.

As impressive as these figures already are, they are made more so when compared to data from the same time last year: 70% in April 2014, and 71% for May and June. 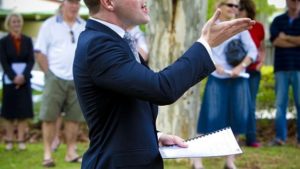 Growth in the same period is evident from National Property Buyers own clearance rate data. NPB figures reached the dizzying heights of 89%, 88% and 89% for April, May and June respectively, up from an average of 83% over the same time a year before.

“Demand is outstripping supply at the moment, with limited good quality property in the inner and middle ring suburbs” according to National Property Buyers Victorian State Manager, Antony Bucello.

“The high demand and low interest rates is fuelling competitive bidding at auctions at the moment and we can’t see this changing for the remainder of the year”.

We wait with baited breath to see how strong the market will continue to push as winter moves into spring. It certainly doesn’t show any sign of slowing.