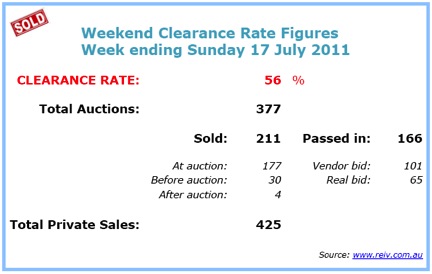 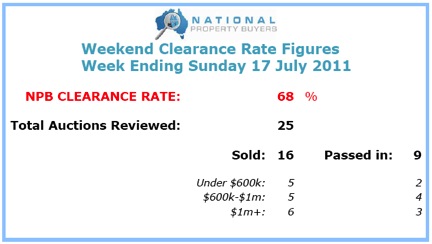 We attended a number of auctions this weekend, with 2 standouts. At 3/20 Mary St Kew, about 40 people watched 4 bidders fight it out in a competitive auction. With no-one wanting to start the auction, it began with the common vendor bid to get things going. It wasn’t long before 4 people got involved. Announced on the market when the bidding reached $530,000, it ended up selling for $535,000, which is fair value.

In Bentleigh, the auction at 33 Sunnyside Grv attracted a big crowd of over 100 people. The 4 bedroom Californian Bungalow was being quoted $1,030,000 to $1,130,000 and attracted plenty of interest. Starting on a vendor bid at the bottom of the quoted range, the renovated property eventually sold for a very healthy $1,235,000. My estimate prior to the auction was that this one should sell around $1.2m. At $1.235m, the agents did a great job and I’m sure the vendor would be very pleased with the result. 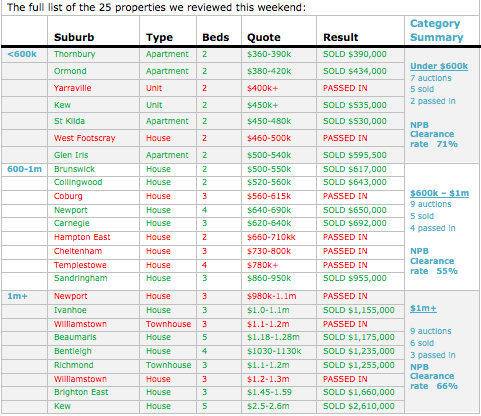 The REIV has just released the June quarter median prices, which indicate that the median price for houses has risen over the quarter by 5.4% to $590,000. As buying property is a long term investment, it is important to consider the performance of any suburb over a longer time period. While the current median is less than the $601,500 recorded in the December 2010 quarter, it does show that prices and demand have remained fairly stable, with a 5.7% rise in the 12 months from June 2010. The median price for units and apartments is also stable with an increase of 3.2% to $474,500 over the last quarter and a 1% increase over the last 12 months. Based on our own review of units and apartments, there still appears to be plenty of demand for these properties in the inner city (ie within 5-10 kms of the CBD), particularly the good ones. Below is a graph showing the performance of both houses and units/apartments over the past 10 years in the Melbourne metropolitan area. 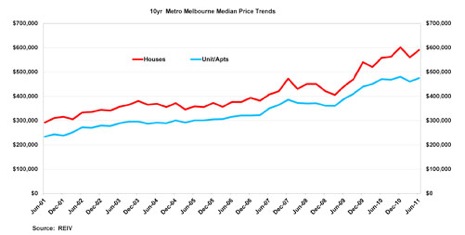 If you need any help with searching, assessing or negotiating your next property purchase or simply wish to discuss your property buying needs, please don’t hesitate to contact me.