Melbourne’s proposed infrastructure projects, what does it mean?

After the East-West link fiasco in Melbourne which coincided with a change in State Government, Melbournians are no doubt sceptical about future infrastructure projects and what they mean for them as residents. Probably the most scepticism lays with these proposed projects actually getting off the ground in the first place!

While the Liberal government was very gung-ho about the project and forced through various signed agreements just prior to the state election, one of the Labor government’s election pledges was to scrap the project and this is exactly what happened once they were elected. 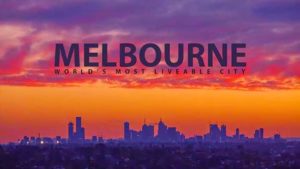 Weather you were for or against the East-West link and tunnel project, the majority of Melbourne’s residents agree that there has been a severe lack of major projects to improve Melbourne’s road ways, public transport and ease of access throughout the metropolitan area. Anyone who has travelled to London, Paris, Hong Kong, Milan or even Sydney can comprehend just how far behind Melbourne’s public transport is compared to other major cities. Melbourne is continually ranked near the top of the world’s most livable cities yet there is some serious work to be done in both planning and infrastructure to ensure the quality of life is evident and the urban sprawl does not continue.

So these new announcements concerning the Western Distributor and Melbourne Metro Rail Project, while in the very early stages, are at least welcome news that the continual short sightedness of consecutive state governments may be improving.

What are these proposed projects and what do they mean for residents, investors and visitors to Melbourne?

Let’s start with the Western Distributor. A recently viewed letter sent out to residents by the Transurban Group, (who currently manage Melbourne’s Citylink toll road services) states that the Western Distributor has been developed by Transurban and submitted to the Victorian Government as a “market-lead” proposal. Unfortunately in the next paragraph the letter continues that “This announcement is a first step towards the development of a detailed proposal, investment case and procurement plan and does not commit that the project will be delivered”. Not a great boost to the confidence of Melbournians that the project will ever get off the ground!

Interestingly enough, Melbourne’s Age newspaper ran with an article on June 3rd stating that “Freeway being fast-tracked despite lack of soil testing and drilling” To read the article, click here:

In summary, the Labor government is pushing the project through despite certain checks not being completed as per the heading. Have a read of the article as it provides a good summary of what the project will deliver, cost for users and cost of construction and likely delivery. This would be an important project for Melbourne and especially for those current users of the always clogged West Gate Bridge, as the Western Distributor would provide an alternative link to the CBD and the current Tullamarine Freeway. The project also plans to remove the heavy truck use on local roads, improve overall travel times and improve livability to the wider community. Some of the claims made by Transurban are impressive:

Impressive claims for sure. It is worth considering that not only can these improvements be made, if nothing is done, current travel times are predicted to triple within the next 25 years which is a scary proposition. The negatives to the project also need to be considered although total costs are yet to be determined. There will no doubt be short term pain for current users and the impact to the environment also needs to be considered. However from a purely user perspective, this project solves a major issue Melbourne has dealt with for decades, an alternative to the West Gate Bridge.

The second recent announcement, the new Melbourne Metro Rail Project is trying to address the massive public transport issues that face the city. The project claims it will “start transforming Melbourne’s rail network into an international style metro system with turn up and go train services”. This plan intends to construct two 9 kilometre rail tunnels and five new underground stations beginning in Melbourne’s inner north, stretching through the CBD and ending in Melbourne’s inner south east. Proposed benefits of the new Metro project include:

Unfortunately, construction on this project isn’t due to begin until 2018 so it is certainly a long term option but I see it as a really valuable asset to Melbourne’s future. With Melbourne becoming a high density city in terms of living, public transport and especially an underground network is key. Not only for passengers using public transport but to ease congestion on the roads.

Ultimately both these projects should have a positive effect on Melbourne, especially the inner areas and will be a building block for future infrastructure projects to allow Melbourne to fall more in line with other world cities and become a true livable destination.