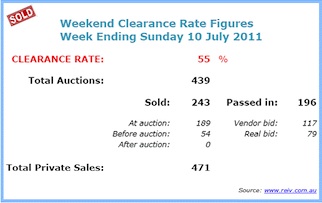 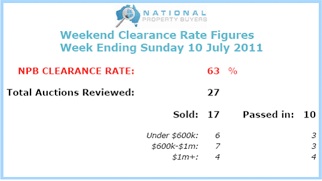 Many of the auctions we are attending are indicating that the good properties are still performing well. At 195 Gillies St Fairfield, a small crowd braved the cold and gathered to watch a 3 bedroom single fronted period home pass in and sell after auction. The property had been quoted $800-880k. After the auction started with a vendor bid of $800k, 2 people competed until the bidding stopped at $850k. It sold shortly afterwards for $876k by private negotiation.

Other notable sales from Saturday’s auctions include: 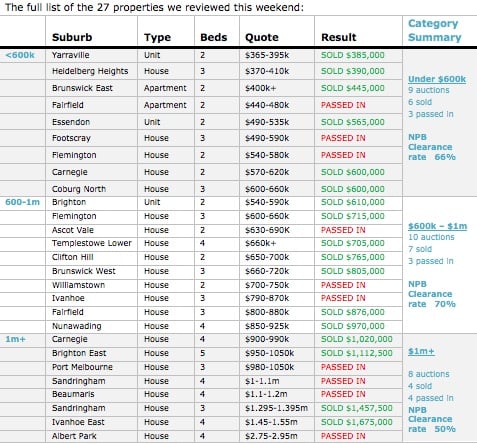 The market has been performing at the same level now for about 3 months. While stock levels are reasonable and auctions continue to be scheduled as the preferred method of sale, particularly in the inner city suburbs, many agents are preparing their vendors to negotiate post auction as more and more properties are being passed in and negotiated afterwards.

It doesn’t appear the market is going to change in the short term so there will be plenty of opportunities for both savvy investors and home buyers, however properly assessing the property, knowing what to do at the auction and very good negotiation skills will be the difference between paying the right price and paying too much.

If you need any help with searching, assessing or negotiating your next property purchase or simply wish to discuss your property buying needs, please don’t hesitate to contact me.