What do auction clearance rates really mean and what are they used for? 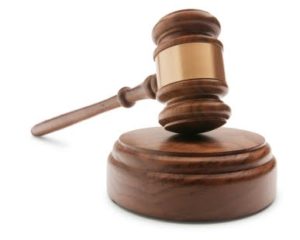 With around one third of all residential properties in Australia sold via auction, clearance rates should be an important indicator of the property market.

However, are they really a true indication of the state of the property market or more used as a marketing tool by agents, developers and other bodies that benefit from the various figures they distribute? I’m not here to publicly slander a certain group and the statistics they release but I am interested in discussing clearance rates, how they are calculated and what they truly mean.

A wise man once stated, “Lies, damn lies and statistics”, this may be closer to the market than we think!

How are auction clearance rates calculated?

Hopefully the above terms are fairly easy to understand but a brief run down:

Do you feel like you need to go back to school to make sense of this? It is a bit like that but I am really just demonstrating how just one industry body calculates clearance rates.

The general buyer may simplify things more by thinking:

Number of properties sold divided by the number of auctions held, then multiply 100 over 1 and you have a fairly easy percentage!

Unfortunately it is not that easy!

It would be far easier if all bodies use the same formula and all media agencies then report the same figure but then which bodies will change their formula and would that then make certain bodies obsolete? Questions for another day… What we do know is that any clearance rate advertised should be used as a rough guide only and is not a true indication of what auction sales occurred and what the market is doing.

What does the general public understand the auction clearance rate to mean?

How many auctions are actually taking place on any given weekend?

As with all data there is an old adage, rubbish in equals rubbish out, or in various forms of that analogy but what it does indicate is that we are at the mercy of the people actually reporting the data or in some case, data not being reported at all. Most of the data is real time results and with the majority of auctions held on a weekend, is all data being reported?

Why is it “natural” that clearance rates decline during the week, as more results are reported? That implies that the initial results were inherently skewed and supports the idea that real estate agents and other bodies are naturally biased to report only those properties that sold rather than also including those that don’t.

With so many auction results that aren’t recorded, should so much credence be given to these calculated clearance rates? At the moment, these clearance rates are not only used by home buyers and vendors but also heavily referenced by the RBA, banks’ analysts and the media.

Mandatory reporting of auctions is a practice that should be introduced to ensure more accurate reporting.

While auction clearance rates provide a snap shot, please keep in mind other factors when making your own judgement on the current sate of the property market in your location.