What does the recent RBA cut to the cash rate mean for our property markets?

Speculation was rising in the housing industry this week as the RBA official cut the official cash rate by -0.25 per cent. The figure now sits at the post GFC 2009 ’emergency’ level of 3 per cent – leaving many in the industry hoping it will stimulate the market and inflate property prices as we move into 2013.

However, to assess if the environment is complementary for another post GFC “housing boom,” a broader outlook needs to be evaluated.

Firstly, the standard variable rate is some 0.6-0.8 percentage points above that of 2009 during which it was sitting at 5.55 per cent.

Secondly, the strong Aussie dollar is still affecting our terms of trade, and although unemployment data has improved Australia wide, (falling to 5.2 per cent from October’s recorded 5.4 per cent,) Victoria’s data isn’t so positive.

The latest round of job cuts announced by building products maker Boral who shed 90 positions in their plant near Geelong a couple of weeks ago, and additional cuts from major companies such as Qantas, who announced the loss of 263 positions from their Avalon base last month, have increased Victoria’s jobless rate to 5.5 per cent from a previous 5.4 per cent. Understandably, all of the above is doing little to improve investor sentiment.

Vendors on the other hand are fairing a little better. October was the fourth consecutive month and longest period to date during which more mortgages were discharged than lodged. This brings the annual decrease of mortgages to 1,998 which when compared to 2011, is an increase of 726 discharges.

It’s therefore clear that sentiment surrounding the future stability of our economy remains cautious, with most taking advantage of any extra cash, to save and pay down existing debt, rather than increase their financial burden.

Buyers on the other hand are equally cautious, and despite the ‘bumpy’ road of rises and falls recorded weekly in R P Data’s ‘Daily House Price Index’, we’ve ended the year in a similar position to where we started. Clearance rates are only marginally higher than last year averaging at 61 per cent (compared to 59 per cent at this time 2011) – total transactions marginally lower (roughly 4 per cent), and a State median house price of $530,000 in contrast to last year’s median of $540,000.

The final data from the December quarter will be released early next year therefore it’s yet to be assessed if the ‘Christmas rush’ will bring the median higher. However, it usually does.

The Christmas period is the busiest of the year – it provides a natural deadline for home buyers desperate to make their move prior to the January break (during which the real estate industry takes its long awaited ‘annual breather.’)

Traditionally over the Christmas period, only coastal properties and holiday homes continue to enjoy a spending spree of positive enquiry – although in the current atmosphere of ‘debt aversion,’ it’s unlikely we’ll see overwhelming activity.

Post Christmas most are recovering from too much Champagne, turkey and weighty credit card debt to pay the property market much attention – however for those buyers who avoided the pre-Christmas furore, January can provide a relative competitive free environment to secure comparatively excellent deals.

Even with the latest drop in rates, it’s unlikely we’ll see prices edge higher ‘until’ the RBA respond to the major consensus of opinion from economists, and choose drop the cash rate again in February (as it’s all but expected they will.)

Speculation that growth in the economy will fall to 2.5 per cent during the year ahead – well below the usual trend of 3-3.25 per cent – is why many are ‘assuming’ a further -0.25 – -0.50 per cent drop is needed if we’re to stimulate the ‘non-mining sectors’ of our economy.

Should this occur, and the banks ‘pay it forward,’ it will take lending rates low enough to provide a greater incentive for potential property investors to make their move – (especially considering long term deposit accounts will no longer provide a viable alternative option.)

As always – for the investors trying to ‘time’ the market the question should be weather to step in now and pre-empt further cuts in the cash rate, or play a waiting game, at which point the property market may already have started responding to any extra demand.

The full list of the 44 properties reviewed by NPB this weekend: 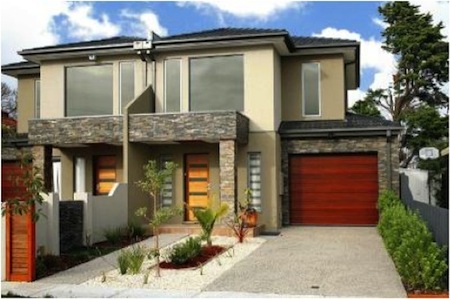 Despite it’s prominent position central to the McKinnon School Zone, there was little interest for this modern 4 bedroom family sized townhouse. The auctioneer opened with a vendor bid of $850,000 – however it took some time and extra encouragement before he received a genuine bid of $860,000.

The property passed in for negotiation, however although it was clear some activity took place – with the result reported to the paper as ‘passed in for $870,000’ – the property failed to sell and a reserve of $920,000 has been indicated. 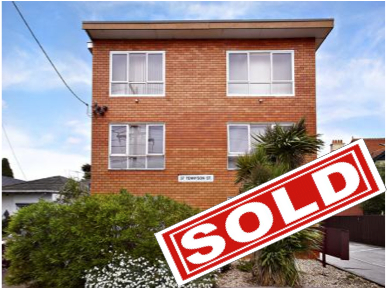 Despite three active bidders this property also failed to meet reserve. Opening on with a genuine bid of $370,000, the auctioneer commented that he should have been a dentist as resulting bids were like ‘pulling teeth.’ 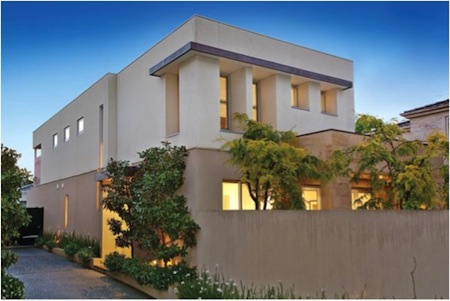 In the searing heat a small crowd of interested neighbours gathered to see this luxury townhouse – only moments from the beach – go under the hammer.

After a resounding ‘pre-amble’ the auctioneer called for an opening bid. After no evident interest from the crowd, he opened with a vendor bid of 1.2 Mil asking for 25K increments.

After some efforts and a half time break one bidder finally ‘played ball’ offering $1,225,000. However with no opposing competition the property passed in for negotiation and failing to sell, the post auction reserve has been recorded at $1,400,000.