Was The Block a good buy?

The Block wrapped up over the weekend for another season. As is almost becoming the norm with the series the renovated properties sold for hundreds of thousands of dollars above reserve. But are they worth it?

Perhaps the most interesting aspect of this season was the location. This years’ block was positioned in Port Melbourne within the planned redevelopment of the Fisherman’s Bend precinct.

The area is and has for many years been an industrial hub, but the planned redevelopment will see a massive change in the neighbouring landscape from a collection of warehouses and industrial sites to a vibrant new suburb.

The former soap factory that has now become The Block is located in what is planned to become the ‘Sandridge’ district of Fisherman’s Bend, just across the road from the Port Melbourne Cricket Ground. 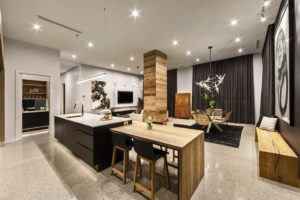 The apartment that won The Block. Will and Karlie’s apartment sold for $2.6 million – $715,000 above reserve

“Proximity and good connections to the CBD, Melbourne’s west, Docklands, the Employment Precinct, South Melbourne and Domain ensure that businesses in Sandridge can access a wide range of clients and services.”

However this is the vision for Sandridge in 2050 – over three decades away.

At the moment, nearby businesses consist of a number of car dealerships, courier warehouses, an Australia Post depot, and a Bunnings. In terms of recreation and transport there is a few parks and a tram line.

Planning for the area is currently underway with community consultation to commence in 2017 – so it’s still a long way off from any form of infrastructure being confirmed.

The producers of the show were obviously banking on the renewal of the area to appeal to buyers, and now the owners will be hoping that the plans come to fruition.

But to buy in the area now? That’s a significant gamble.

The purchase is relying on a thirty year renewal plan to create a vibrant area that people want to live in. The redevelopment will most likely go ahead, but to what extent it will affect the value of the property is a massive unknown. The possibility of over development in apartments is an obvious danger.

Compared to what else you can buy for $2,400,000 in Port Melbourne (the average sale price of the apartments), the risk is even more apparent. 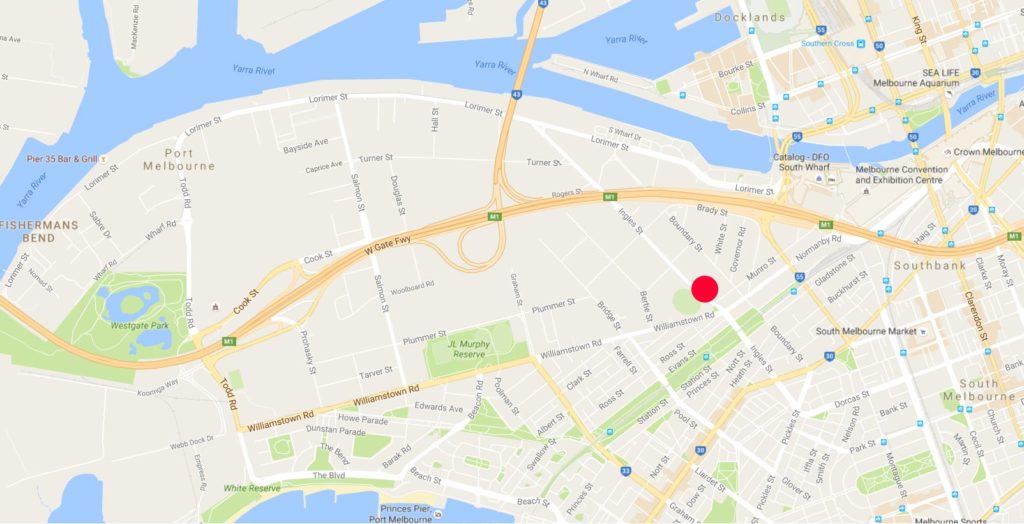 The site of the The Block 2016, set in the planned Fishermans Bend redevelopment, currently an industrial area.

For example, a free standing four bedroom home in Princess Street, Port Melbourne, sold for $2.16 million in March of this year. Or a four bedroom, three storey townhouse on a 350m2 corner block that sold for $2.5 million in September.

Even more interesting is that the majority of purchases were made by investors. As investing is about growing the value of the asset, the stakes would be even higher.

So, are The Block apartment’s good buys?

There was obviously the interest in the properties – no doubt helped by the profile of the show – but there are so many unknowns and therefore risks to have confidence that the properties will significantly grow in value. There are likely better options.

For more information on investing in the best properties, contact National Property Buyers for expert advice.