The atmosphere’s heating up in Melbourne’s housing market

Melbourne recorded a 76 per cent clearance rate over the weekend – and although it may reduce when the mid week numbers are collected, it’s still the strongest result to date.

There’s an ongoing discussion between our politicians as to whether low interest rates indicate ‘good’ or ‘bad’ economic management, with Joe Hockey warning – correctly – that a further cut indicates a slowing, if not, “struggling,” economy, and Kevin Rudd shoring up his corner with the backhanded comment that this merely implies the opposition think ‘high interest rates’ must be a ‘good’ thing.

The last time the RBA moved interest rates so close to an election was back in August 2007 just prior to John Howard’s demise from office – except of course, at that point, the cash rate was lifted +0.25 per cent to 6.75 per cent with the comment from Governor Glenn Steven’s that;

“The world economy is still expected to grow at an above-average pace..” and noting the need to contain medium term inflation.

After Kevin Rudd entered office, house prices were at a peak, and two further increases in both February and March took cash rate to 7.25 per cent, after which the contagion of the GFC resulted in a swift ‘six’ consecutive rate cut cycle as we felt the worldly repercussions of a highly interconnected financial system regulated by fear and greed, teetering on the brink of economic collapse.

The swift reversal which sent us right back into a rate ‘hike’ cycle occurred in line with the Rudd stimulus packages, including the first home owner ‘boost’ which applied to contracts entered into between 14th October 2008 and 31st December 2009 and consequently, swathes of easy credit entered the housing market creating a short term price multiplier effect across all ranges and arresting the downward decline in household ‘debt’ growth.

The party could only last so long, and in response to the high Aussie dollar, subdued credit growth, declining asset prices and continued under-performance in the construction sector, the current rate easing cycle, which commenced 2nd November 2011, has been going on for 18 months.

The resulting eight cuts which leave us with the lowest cash rate in at least 50 years have been successful in taking some of the air out the Aussie dollar, albeit newly revised forecasts from Government indicate a worrying trend in rising unemployment, and cautionary words are emerging from the RBA as Governor Glenn Steven’s evaluates that;

“One’s assessment of prospects for consumption will be driven mainly by one’s assessment of the outlook for income, but will also be affected by expectations about asset values and in particular one’s view on whether housing prices are overvalued..”

Job ads fell by 1.1 per cent in July – the 5th consecutive monthly decline, and a cumulative 19 per cent over the past 12 months. Business confidence is waning with conditions at a 4-year low, household income dynamics worsening, and considering we have a tightly contested Federal election on the door step, there is little prospect of improvement in the near-term.

With the above in mind, it ‘seems’ a sensible move to pull the one economic lever the RBA have to hand, and provide ‘relief’ to “interest-sensitive spending and asset values.”

However, since the global economic crisis; the world’s banks have been concentrated on lowering rates in order to boost growth. The textbook model indicates the atmosphere will motivate an increase in lending for such items as homes, goods and services; however as we know, monetary policy is at best, a blunt instrument and whilst Governments can allocate at their discretion where to spend our tax dollars and pressure the banks to ‘pay forward’ the rate cuts gifted, they have limited influence on where cheap credit is spent (or for which asset it is lent) into the economy or to direct it into areas where it’s needed most – which in terms of housing, would principally be construction.

However, as we know, the construction industry is not responding as desired, and instead, the gains are being felt in the established housing market.

Housing finance approvals rose solidly in June ahead of expectation, with ABS figures showing a seasonally adjusted 2.7 per cent increase in owner-occupied finance commitments which are now tracking 7 per cent above the five year moving average with the series up +14.2 per cent on the same time last year.

ABS housing data shows nationally, prices have exceeded their 2010 peak – primarily led by Darwin, Perth and Sydney, with the other states still playing a game of catch up in median terms. And as I explained last week, for those of us who work ‘on the ground’ assisting purchasers, to describe the atmosphere as ‘challenging’ would be an understatement of terms.

Whilst Sydney is out in front of all States – principally due to a sharp drop in the number of listings for sale – Melbourne is exhibiting a near equal proportion of pent up demand and if you break the data down it’s clear that the larger share of activity is investor lead. Since March 2009, the average First Home Buyer mortgage has grown by only 1.8 per cent, whereas the average mortgage for the market as a whole has grown by 9.6 per cent.

Despite a tight macro environment, there’s little to suggest there is any change on horizon near term – we’ve certainly passed the ‘bottom’ of the market, although, how long the current rally will last is hard to predict.

Assuming rates are kept low for the foreseeable future, it’s fair to conclude there could be more stretch to the bow in terms of price appreciation, albeit, for those who are planning on making a purchase, I would strongly caution the need to get qualified advice to prevent the risk of overpaying in a tight competitive environment.

For the time being – high demand, for a reducing pool of second hand dwellings is pushing the established housing market into a sellers domain.

NPB’s clearance rate moving in line with REIV data– however it should be noted, the quality and quantity of ‘good’ listings are slowly reducing now we’re in winter, and this has increased competition.

The full list of the 51 properties reviewed by NPB this weekend: 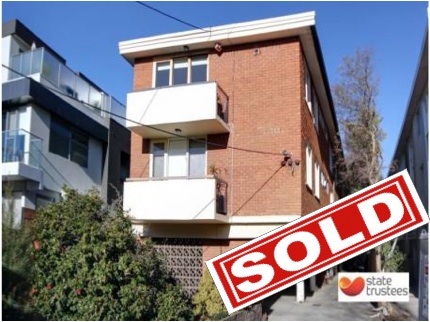 A hotly contested ‘state trustee’ auction – for what was essentially, an un-liveable 2 bedroom unit, in need of a complete internal renovation. 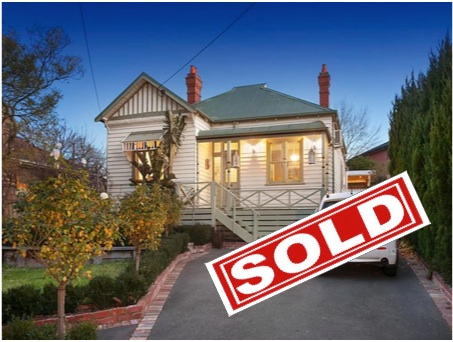 A very strong result for this free standing Edwardian home – updated in part, but with plenty of ‘value add’ potential for those willing. In a softer market the location would have deterred buyers, however, the result was representative of the ‘heat’ we’re currently experiencing in Melbourne market wide.