Negative gearing reforms could have investors and homeowners missing out

With the Federal Government election looming, everyone is in a tizz about Labor’s proposal to limit negative gearing to newly built homes and reduce the capital gains discount from 50% to 25%. And whilst it doesn’t appear to be getting as much air time the Greens Party has proposed even more stringent changes, eliminating negative gearing entirely and doing away with the tax concession for all properties purchased on or after 1 July 2015. 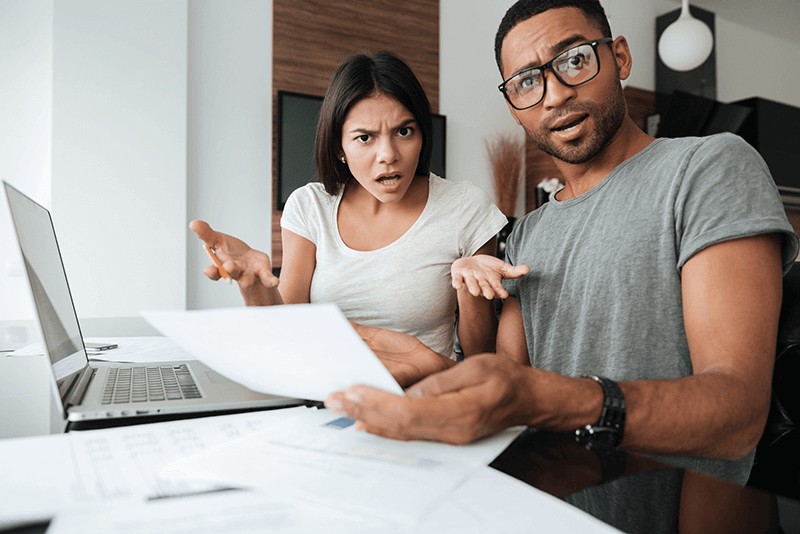 You can be sure that these proposed reforms have been a hot topic in our office. We are firm believers in putting our money where our mouths are and we are homeowners and property investors. Maybe that makes us a little bias, but our years in the industry and our own personal interest places us in a unique position to examine the proposal from an industry and personal perspective.

So let’s unpack it.

Many voters are disillusioned with the Coalition government, in a two party race many are thinking of shifting their vote to the Labor party but with voters split on the tax plan, it is no easy call. An Ipsos (market research company) poll conducted for the SMH and The Age showed 43 percent of people surveyed in favour of restricting the tax deductions on investment properties, while another 44 percent are against the change. We guess the other 13% just weren’t sure!

According to Australian tax law and at its simplest level, if your rental income is less than your mortgage loan interest costs, you can claim the loss (and some running cost) against other income earned, such as your salary, thereby reducing your taxable income and therefore the tax you pay.

The concession puts Australia in a bit of a unique category. New Zealand is one of the only other countries in the world that allows the unrestricted transfer of losses from one kind of income to offset another kind of income.

Labor has been pitching these reforms since 2016 and they essentially boil down to:

Capital Gains Tax – reduce the current discount for investors from 50 percent to 25 percent across all asset classes. No change to owner-occupied dwellings.

Negative gearing – limit to newly built homes the current concession that allows property investors to offset losses against their taxable income. The reform would be ‘grandfathered’ in, and property purchased before a ‘yet to be determined date’ would not be impacted.

Labor has stated this would raise $32.1 billion over 10 years, making it Labor’s second-biggest policy after its proposal to raise $56 billion over a decade by restricting tax refunds on dividend imputation.

The Coalition’s election win means the negative gearing status quo is likely to be maintained. The latest Federal Budget leaves negative gearing untouched, and housing groups have cheered that decision.

So what’s the impact?

Well, the great news is, if you want to hear a particular opinion there is any number of experts that will shout it for you.  The potential impact on the property market is, and can only be speculative. But property owners are feeling particularly squeamish at the moment as the market it is already experiencing a downturn and further reforms could impact it even further.

Whilst the price of property is determined by many more factors than just negative gearing. Supply, demand, population, property quality, location, access to amenity are just some factors that contribute to a property’s worth.

Our director and VIC State Manager, Antony Bucello stated: “Negative gearing, while may provide some tax minimisation benefits, should not be the only reason for investing in property.”

The Labor government states it will bring the cost of housing down. Less investors, less competition, more opportunity for young individuals and the less wealthy. The Liberal government claims that rents will increase (as stock becomes short) and property prices will crash.

We believe these proposed reforms would likely to take some of the heat out of the soup for established homes as investors turn their eye towards off-the-plan properties or other investment vehicles. We continue to recommend being very cautious about buying off the plan or in new large apartment blocks. These apartments, especially in inner-city locations, represent little or no level of scarcity and could sit untenanted whilst experiencing very slow capital growth.  And conversely, if investors turn away from the property market there will be less rental properties available and the price of rent could increase. And for the landlords that continue in the established property market, they may attempt to recoup their increased cost of ownership through higher rents.

You could really argue this one any way you wanted.

But a simplified view is that with fewer investors in the market, there is less competition driving property prices. And for those that already have investment properties, the “grandfathering” will allow you to continue to negative gear but you may find your rate of growth slows as there are fewer buyers competing for your property when you come to sell it.

Data modelling completed by the Property Investment Professionals of Australia (PIPA) estimates that five to 15 percent of investors could leave the market, meaning the government could actually lose out on anywhere between $10.5 billion to $31.6 billion from the CGT.

Younger Australians and the less wealthy could potentially reap the biggest benefits. First home buyers would no longer have to compete with investors for established housing, and research shows Australians aged 45 and above are the most likely to be negatively geared.

As always in the real estate game, there are markets within markets, and there is no one statement fits all scenario. The tax concessions of negative gearing definitely draw investors to the market, but that is and should not be the only reason people invest in property!