Melbourne’s market place is growing increasingly fragmented. In an era where low interest rates are promoted by most sales agents as an indication of an imminent market uplift, it’s not proving to be the motivator for a large number of buyers who are more concentrated on their budget and own intrinsic buying requirements than speculating on a market that seems perpetually stuck on level ground. As such, it’s rare to see a buyer get carried away on emotion in this climate and as such the clearance rate remained on current trend at 60 per cent.

Take Bentleigh/Bentleigh East for example where sales figures are strong and clearance figures have been beating the norm by a fair margin. (Bentleigh East’s year to date clearance rate is around 75%.) Every auction I’ve attended in the suburb this year has attracted more than one bidder and if not sold under the hammer, has managed to sell via negotiation on the day. Demand always seems to outstrip supply which is interesting because the Bentleigh and Bentleigh East market has a buyer demographic of principally ‘home buyers’ rather than investors, and more houses than apartments.

This falls in line with data from the ABS which shows loans approved for investors has fallen for the second month in a row whereas owner occupier loans have remained fairly stable.

Bentleigh and Bentleigh East tend to ripple from the more expensive suburbs surrounding them such as Caulfield and Brighton which have a higher median house prices. Both were suffering somewhat last year from low demand and significant drops in their median which was estimated by some to be close to 20 per cent as fewer top end ‘Million dollar plus’ homes sold. This year there’s been a marginal improvement but not enough to compare to the level of demand seen in other inner city suburbs and their clearance rates are below the average coming in at around 55 per cent.

Elsternwick is currently achieving the highest clearance rate of all areas that had more than 40 auctions. According to REIV its clearance rate is currently 83 per cent – consequently you won’t find any shyness from the buying market in this locality. However, the results are emphasized because Elwood is a comparatively small suburb and stock levels are tight. It’s therefore important for purchasers to understand and closely monitor the dynamics of each area before preparing a buying strategy.

The fragmentation in the market is not limited to neighbouring suburbs in the inner southeast. North of the city and in the western suburbs, the same differentiation between localities is evident. As always the good homes – quality listings – well suited to the average second home buyer demographic or young couple able to service a mortgage, are selling consistently. However, it’s hard to draw a line across the whole market and make sweeping statements of either a rise or fall in market sentiment.

The clearance rate in each suburb is an excellent barometer to gain good market knowledge of the heated interest by purchasers within a small suburban locality. It’s also important to get a feel of the percentage that has sold ‘under the hammer’ compared to those negotiated as a post auction sale. In an area like Bentleigh, most ‘appear’ to be selling under the hammer. In Elwood, properties are selling, but there’s evidence many are doing so behind closed doors (Elwood’s clearance rate is 61 per cent). The knowledge is essential from a negotiation perspective and should not be dismissed lightly.

In this week’s breakdown, results are as follows – inner city houses had a clearance figure of 68%, inner east houses 76% and inner south houses 67%. Residex released their March quarter data last week showing Melbourne’s house price had dropped 1.89% and units down 0.52%. This is in contrast to REIV figures which showed a marginal increase in the metro house price of 0.9%. Differences are down to variation in how the figures are collected and collated. However they show we have a way to go until the market – as a whole – shows overall evidence it’s transitioned from its flat platform.

Having said this, there is definite feeling of increased motivation in some areas coupled with a reduction of ‘quality listings’ in most suburbs. Aussie CEO John Symonds spoke on ‘Sunrise’ today indicating that the RBA would need to drop rates more than 25 basis points if they want the banks to pass on a proportion to mortgage holders. It further emphasizes how banks now control RBA movements rather than the reverse. As a buyer, it’s therefore essential that you employ a good broker to source the best deal available if you want to avoid the sleepless nights some are experiencing as a result of increased rate movements from the ‘big four.’

The NPB clearance rate has stayed fairly stable this week. Most properties are selling via negotiation and we have only seen a few auctions where results have pushed over our estimated opinion of value. Should the banks pass on an ‘expected’ interest rate cut by the RBA we may see a change in the prospective landscape and buyers pushing budget limits for the marginal quality stock available. This being the case, the NPB clearance rate would be expected to rise over coming weeks.

The full list of the 41 properties reviewed by NPB this weekend: 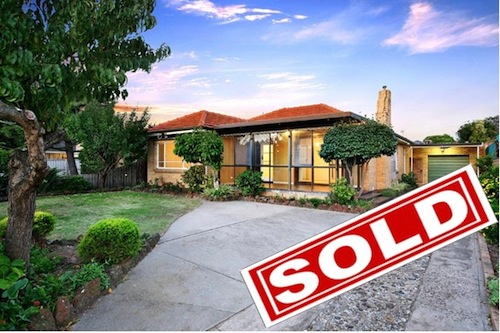 A classic cream brick 3 bedroom family home well priced in terms of the suburb median house price, thereby providing a good entrance point for someone wanting a ‘foot through the door’. The auction was well attended with a crowd of around 40. Quoted at 530-580k, the auction opened with a genuine bid of 550k. Going upwards with competitive bidding from two buyers, it reached its on market price at 595k and sold above reserve for 605k. A fair result in the current market. 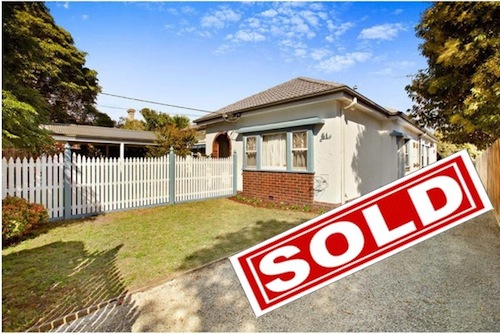 The auction of this ‘one of a pair’ semi-detached was well attended and a good ‘foot in the door’ opportunity for a young couple. The period charm further inspired interest, however it took a vendor bid of 590k to get the auction moving. Healthy interest from 3 bidders took the price to 637K before the auctioneer took his half time break. On return he mentioned the home was not yet at market value, however the vendors had decided to place it ‘on the market’ (a rarity to see vendors so ready to meet the current climate). The strategy backfired somewhat, because it didn’t inspire further bidding and sold under the hammer for 637K. Quoted at $750,000 – $790,000, The 3 bedroom townhouse only inspired a small crowd. Opening on a vendor bid of $750K, it failed to progress further and consequently passed in with an undisclosed reserve. 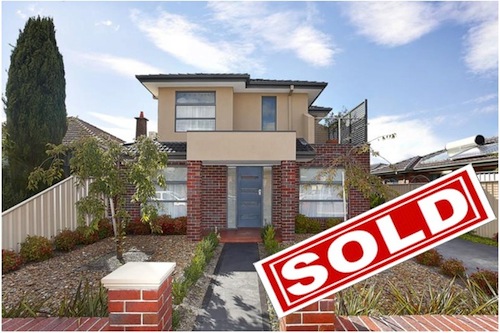 The auction was well attended – with around 40 people watching, however only one buyer came to the fore with a bid of 540K after which it passed in for negotiation and sold shortly afterwards for $560K. 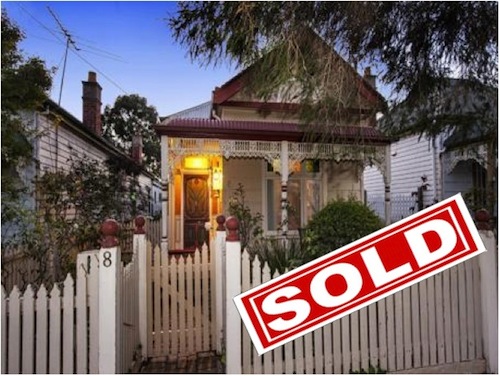 Another ‘foot in the door’ opportunity for a young couple. This charming period property was presented well, with plenty of room to update and renovate. The auction opened with a vendor bid of $500,000. Two bidders took an interest and it soon reached its market price of $600,000. It sold shortly afterwards for $605,000.