The clearance rate this week dipped below 60% to 56% as reported by the REIV. A total of 292 properties sold out of 518 scheduled auctions. 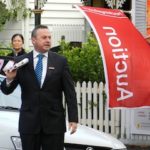 The NPB clearance rate for the week was 61%, with 8 of the 13 properties we reviewed selling. While there are plenty of auctions failing to sell under the hammer, many are selling by post auction private negotiation after the property has passed in.

A 2 bedroom Californian bungalow at 113 Shaftesbury St Coburg received only 1 real bid before being passed in for $635k. The agents Nelson Alexander had been quoting 630-690k for the campaign. The property later was reported as being sold for $650,000. 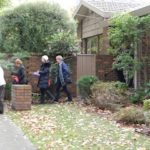 52 Durham St Eaglemont was a 3 bedroom, 2 bathroom house on 477sqm and in a great position. Jellis Craig Director and auctioneer David Oster ushered everyone out of the rain and into the living area for the auction to be conducted indoors. His best efforts in trying to get a real bid were unsuccessful and that resulted in the property being passed in on a vendor bid of $875k. The property later sold for $930k.

While there is plenty of stock on the market, much of it is not great quality and the better property is still attracting multiple bidders. Not surprisingly due to its location, 1/21 College St Elsternwick, a renovated 2 bedroom villa unit with street frontage and own driveway was contested by 3 people in front of a crowd of approximately 50 people. The property was quoted $500-550k and the bidding opened at $500k. It quickly got to $585k when it was announced as having reached the vendors reserve and sold for $610k which is a very good result for the vendor.

The full list of the properties we reviewed this weekend:

The market is expected to perform the same for the rest of May. Look out for the quality stock as there are likely to be some good buying opportunities over the next few weeks