Buying After the Property Passes In

Watching a property pass in. We’ve all been there; you’re at auction, waiting in anticipation as the crowd gathers expectantly. The auctioneer takes their place and begins the preamble about the property and revs up the buyers. They open the bidding – and after all that work preparing for the big day there’s only a few bids before interest peters out. The property never reaches the vendors reserve price and passes in.

When a property passes in the highest bidder has first right to negotiate a deal with the vendor. What most people don’t know is that if a deal can’t be struck the property is back open to anyone to propose an offer. NPB advocate, Rob Di Vita, found himself in this exact position – and ended up securing the property. 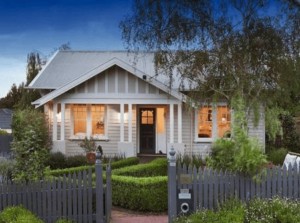 Rob was at an auction that he had intended to bid at on behalf of a Perth based client. Unfortunately the client wasn’t able to purchase unconditionally (a requirement for auction purchases) and was therefore not in a position to bid.

Still, Rob went along to see how the property performed. He would at least get a chance to see what sort of interest the property would attract and give him an opportunity to gauge the market

As it turned out the property passed in.

Rob quickly realised he had a chance, albeit a slim one, to secure the property for his client – even though he wasn’t bidding.

Rob approached the agent and advised that he didn’t participate in the auction but had a buyer who may be interested in putting forward an offer if the highest bidder and the vendor couldn’t reach an agreement. The agent acknowledged the proposal and went off to negotiate.

Rob immediately called his client and told him what had happened. Excited at the unexpected opportunity, the client gave Rob permission to submit the offer on his behalf. It all depended on the negotiations between the vendor and the highest bidder.

Patiently Rob waited outside as the negotiation dragged on, while his client waited by the phone in Perth.

Almost everyone in attendance had since left by the time the agent finally came out of the property and approached Rob. There was good news: an agreement couldn’t be reached between the vendor and highest bidder. The vendor was willing to speak to Rob to see if a deal could be worked out.

Rob jumped at the chance. He sat down with the vendor and quickly negotiated a deal. What was more extraordinary about this scenario is that Rob managed to strike a deal even though the client’s offer wasn’t unconditional, as is required at auction. As the property had passed in, the transaction had effectively reverted to a private sale.

Key to buying any property is recognizing an opportunity and making the most of it. In this instance, Rob knew that if he was able to get to the agent as soon as the property passed in, he would at least be able to present himself as an alternative buyer in the event negotiations stalled. If Rob didn’t, he would likely have never have purchased the property.

Auctions can be incredibly competitive, even for experienced advocates. Buyer’s should do whatever they can to put themselves in a position to put an offer on a property, and that counts just as much when a property passes in. There will be some occasions when negotiations after a pass in fall over, and if buyers have positioned themselves well they may be able to swoop in and close the deal.

As always, speak to a property professional about your purchase.