Political Spin Is Distorting the Facts on Negative Gearing

Negative Gearing captured the country’s attention over the weekend as Prime Minister Malcolm Turnbull announced that there would be no changes to the policy in the coming budget.

The announcement was made at a photo opportunity with the Mignacca family – Julian, Kim, and one year old Addison – who are negatively gearing their investment property and used the tax break to buy their family home.

Labor’s proposed changes to the policy and the Coalition’s decision to leave it as is positions the topic as a key election debate.

Regardless of who wins the election – which could be very close (there is now a strong possibility of a hung parliament) – one thing is clear: negative gearing is not a magic bullet to property affordability and this is being distorted by the Coalition.

Malcolm Turnbull and the coalition have quickly ramped up the fear laden rhetoric, claiming that prices will fall, rents will rise, and reduced investment. A “perfect trifecta”. As has been covered previously in this blog, this would not be the case.

This is a hugely emotive issue as it speaks to the great Australian dream of owning a property. The Coalition have seized on that emotion.

The claims made by the Prime Minister in the last few days are off the mark and absolutely politically motivated, rather than contributing to the debate, benefiting voters and the stability of the property market.

The price of property is determined by many more factors than just negative gearing. Supply, demand, population, quality of property, location, access to amenity are just some factors that contribute to a properties worth. The tax concession is a nice bonus to help investors along.

According to John Daly, CEO of the Grattan Institute and co-author of the Hot Property report, “property prices would be up to two per cent lower” under their proposed changes (which are similar but not identical to Labor’s).

“Contrary to urban myth, rents won’t change much, nor will housing markets collapse. The effects on property prices would be small compared to factors such as interest rates and the supply of land” he said.

If there is a dip in prices, they will naturally be regained. Property gains value. There are corrections in the market cycle, but over the long term, property value will increase. Hence why it is such an attractive investment option.

On Tuesday night, the Prime Minister was grilled on 7:30 by Leigh Sales on his assertions that investors would leave the market. It was “common sense” that property prices would drop as a result of the exodus of investors, according to the PM. 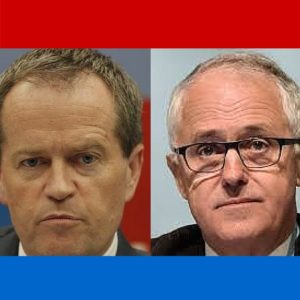 This is an exaggeration, as well as not making much sense. Investing in property solely to reap the benefit of negative gearing is misguided and not the main motivation for the vast majority of investors.

The capital gains made from investing in a good quality property and retaining it for a long period far outweigh the deductions against taxable income. Buyers know that property is one of – if not the best – investment options available. The assertion that a third of buyers would leave the market because they are no longer able to claim a tax deduction is wrong. If negative gearing is removed, there may be a short corrective period as the market adjusts, but investment buyers will always be present.

Rents also will not raise if the policy is removed. As in any market, rents are determined by the supply of stock and the demand of the consumer. Landlords may raise their rents, but tenants can always threaten to leave to secure a cheaper options. There is nothing worse for a landlord than an empty property.

Again, the arguments put forward by the Coalition don’t hold much weight. Removal of negative gearing would not mean Armageddon for the property market. Far from it.

None of this is to say that negative gearing should be removed; it has been in place for over a century and does assist investors. However, it is not some special ingredient for successful property investment.

If this debate reminds buyers of anything, it is of the need to separate fearful political spin, half-truth, or assumption from evidence and fact – a vital lesson when making any investment.