Negative Gearing: What Would Changes Mean?

Bill Shorten announced on Saturday last week that should Labor win office this year, negative gearing will be significantly reformed.

As of July 2017, any purchases on existing properties would not qualify for negative gearing, while any purchases already made will be left as is, or ‘grandfathered’.

The proposed reforms are designed to rebalance the property market through stimulating construction of new housing and curb investors from buying for the sole purpose of reducing their taxable income. Labor also claims that the changes will also add an estimated 25,000 jobs and add $4.5 billion to the economy.

Being politics, these figures have been disputed by the government, who are yet to announce a concrete plan for changes to negative gearing.

Since Labor’s announcement, negative gearing, how it works, who benefits most, who loses out have been covered extensively in the media.

But what would actually happen if the changes the ALP are proposing came into effect?

There are a number of possible scenarios that could play out, which at this stage are obviously only hypothetical. 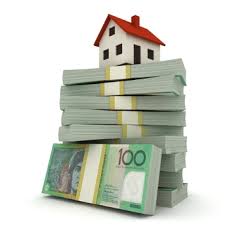 For many property investors, negative gearing is a nice bonus on their investment, with strong capital gains providing far more benefit than tax deductions.

Some investors do purchase property in order to reap the benefit of negative gearing to lower their income. According to the Grattan Institute, the top 20% of income earners claim almost 70% of the tax benefits of negative gearing.

If negative gearing changes came into effect, there could be a reduction in investors purchasing property simply to reap the tax deduction. This may reduce competition in the investor market and allow other buyers more opportunity.

However, these new constructions may not provide new options for buyers.

As an investment, an off the plan apartment or estate home are often not the best way to build capital growth. In some cases, they can actually depreciate and may not great investment material.

Established property – the kind that won’t qualify for negative gearing if Labor are elected and legislate their reforms – tend to appreciate more.

According to Domain Chief Economist, Dr Andrew Wilson predicts that there would be a jump in investor activity to secure an established property before it would become ineligible. This could potentially lead to a price increase before the cut-off date.

In the last few days, Prime Minister Malcolm Turnbull raised the possibility that house prices would not only drop, but would continue to drop if negative gearing was removed.

The property market is driven principally by owner occupiers, who are willing to pay more to get the property they want. Investors want to get property as cheaply as possible.

The reality is that property prices wouldn’t drop if these changes were to be legislated. There may be a slight correction as the market adjusts to the new parameters in the immediate term, but property will still appreciate in value in the long term, and property is a long term investment.

Why the Changes May Not Matter

These proposed changes may seem daunting to some investors. Change almost always is. However, alterations to negative gearing laws may not have that much of an impact.

As stated previously, the vast majority of investors buy property with the intention of building their wealth through capital growth. Deductions on taxable income are often far less than the gains made from investing in the right property, one that has strong capital growth prospects.

Whether the changes come into effect or any of these scenarios come into fruition remains to be seen. If anything, the debate serves as a reminder that buyers and vendors should thoroughly research the market and relevant legislation and speak to industry experts to fully understand all factors at play.