2015 is over! Almost. The NPB Blog is at least wrapping up for another year.

In this last edition, we look at where the market currently sits and our State Managers give their take on what buyers can potentially expect in 2016. 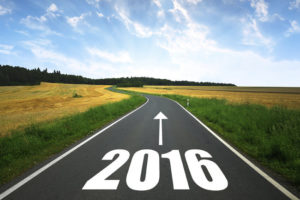 As everyone knows, 2015 saw some massive movement in prices in Melbourne and Sydney. The two hottest markets in the country moved 11.8% and 12.8% across dwelling values compared to the same time last year according to Core Logic RP Data. Undoubtedly these two markets have been geared towards sellers, although there is evidence to suggest this has been changing in recent weeks.

Over the month of November, prices growth in Melbourne dipped 1.4%, while in Sydney it dipped 3.5%.

According to the release of the Commonwealth Bank-Core Logic RP Data Home Buyers Index (HBI) the market is balanced across the country, while there is a strong degree of diversity across cities and regions.

The HBI is determined by the “ratio of properties advertised for sale compared with the number of housing loans” that customers of Commonwealth Bank sign onto.

Sydney and Melbourne remained ‘Extreme Sellers Markets’ due to the consistently high demand for property and the comparatively lower levels of stock. Melbourne has eased slightly in the last three months, but remains steady at this level.

National Property Buyers Victorian State Manager, Antony Bucello believes that although the increased stock levels towards the end of the year eased the market, significant trends might not be completely apparent until the end of the first quarter.

“The market eased slightly in Melbourne over the December quarter as stock levels increased providing buyers a bit more choice. In saying that, demand for “good” property is still outstripping supply particularly in the inner and middle ring suburbs so while the market has eased, well located, well presented property continues to do well and attracts multiple interest from buyers.

We expect to see a similar pattern in the March 2016 quarter, however the first quarter of the calendar year is always a little skewed as January and to an extent February sees very little activity so results are based largely on the month of March.”

Brisbane has been determined a ‘Buyer’s Market’ according to the HBI, having moved from being a more balanced environment.

“Selling conditions across Brisbane have remained relatively steady over the past three months, however the slight change has resulted in conditions slipping from being balanced to favouring buyers”.

Steve McGee, State Manager for Queensland believes that the Brisbane market has been more skewed towards sellers, but will still be one of great opportunity in 2016.

“The market went from strength to strength in Brisbane over 2015, I think eclipsing most people’s expectations. In some cases, buyers have been paying over the top for good properties. What is even more staggering is that some of the most reputable property commentators are predicting that the real estate market in Brisbane will see a 5-8% capital gain over 2016.

I personally can`t see that happening all across the board in Brisbane, but I certainly think that some of the lesser known suburbs are primed to have a slightly higher percentage growth. Well regarded suburbs that are still reasonably priced, and on the verge of substantial growth for properties around the $500,000 mark could prove to be a good opportunity for buyers.

The message from me for 2016 is carry on looking in the inner CBD fringe areas and outer suburbs still presenting houses for under $500,000.”

Adelaide has done the opposite to Brisbane and moved from a balanced market to being more favourable to sellers. Stock has maintained the same levels over the last three months and is expected to slow down as the year comes to an end, and there has been a modest increase in loans, potentially due to Adelaide being a strong alternative for buyers compared to the likes of Sydney.

“Adelaide’s real estate market has been steady but lively throughout the calendar year. There’s been a slowdown with new properties over the last month, but this is traditional.

As of December 2015, dwelling values have over the last 3 months increased by 1%, and increased over the last 12 months by 2.3%, and are 3.7% above the peak prices we last experienced.

The stability in the Adelaide market when compared the rises and falls in markets such as Sydney or Perth is a major attraction to buyers. It is a great investment market due to the steady growth, offering buyers a strong degree of security. In the event you may need to sell, you do not potentially face the exposure with any potential large loss that may be apparent interstate.

I expect the Adelaide market to continue appreciating at about the same rate as 2015.”

So there you have it, the expert opinions of our three State Managers on the outlook of 2016. The market will no doubt throw up a few surprises, so as always be sure to speak to a property expert before making a purchase.