Savvy investors and owner occupiers looking for quality affordable areas are finding excellent value in the northern Brisbane suburbs of Brighton and Deagon, with the suburbs starting to show signs they are entering the early stages of their next growth cycle.

19kms north of the Brisbane CBD, Brighton and Deagon, along with nearby suburbs Sandgate and Shorncliffe, are desired weekend destinations; it’s not uncommon to see parks or the waterfront packed out with families enjoying some fish and chips. The area is a sought after lifestyle position, with walkways along the water, plenty of communal spaces, the Deagon racecourse, and easy access to schools and transport.

Sandgate and Shorncliffe have traditionally been the preferred suburbs for buyers in the area, however Brighton and Deagon are coming to the fore. Aside from good sized blocks, both of these suburbs are providing affordable purchasing opportunities.

Investors or owner occupiers looking for good landed homes under $500,000 with sustainable growth potential will find Brighton and Deagon some of the few remaining suburbs with quality stock at or under that price point.

“These two suburbs have a community/village atmosphere and feel very similar to what buyers will find in Sandgate, along with all the amenities you would want. The key difference is their affordability” said Steve McGee, Queensland State Manager. 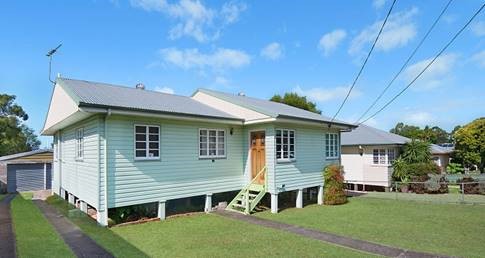 The $1.143 billion widening of the Gateway Motorway is also making the commute to the city much easier, opening up the area further.

“Having that sort of lifestyle and improved access into the city is going to be a big plus for buyers. All this combined and Brighton and Deagon are offering a great buying opportunity. As a result they’re showing the signs of moving into the early stages of their long overdue growth cycle.”

Further north, and there could be some more opportunity for savvy buyers in Redcliffe following the soon to be opened rail line directly into the CBD.

The Redcliffe Peninsula is one of the few areas in the Brisbane metropolitan area that enjoys a beach front lifestyle. Brisbane is famous for waterfront living, however Redcliffe is one of the few areas that is actually set right on the beach front. Despite the drawcard, Redcliffe has been held back somewhat due to a lack of reasonable access to the CBD, something that has long been an issue. Over a century in fact.

For the better part of the last 100 years, a train line running from Redcliffe to the city has been in different stages of progression. Finally, in 2010, the Federal Government joined the Queensland State Government and Moreton Bay Regional Council to commit $988 million to extend the rail line from Petrie to Kippa Ring.

The belated arrival of the train line now opens up the peninsula suburbs and, along with road widening, will help to ease to suffocating traffic congestion and make the commute to the city that much easier.

This will of course have an effect on property prices and sets up Kippa Ring, Redcliffe & surrounds as a new opportunity for buyers wanting the beach front lifestyle.

“Big infrastructure projects like this can be the catalyst to property growth, and I think that’s what we’ll see in Redcliffe” says Queensland buyer’s agent, Steve McGee.

“Increased growth might be quite incremental initially, but Redcliffe has a lot going for it. It’s a great lifestyle suburb right on the beach and now with the improved access to the city, and some commercial improvements to the tourist areas I think it will be definitely be coming more onto buyer’s radar.”