In the last few weeks, there’s been a lot of talk about a ‘new property boom’ around the country.

Last week, the senior economist with Australian Property Monitors joined the debate when he stated…

“Talk of a bubble is not just premature, it’s nonsense.”

So I say let’s look at the facts, We are currently experiencing:

Mr Chronican, Chief of ANZ Banking in Australia said recently that because of state govt. ‘red tape’ around housing construction…there is currently a ‘shortage of 270,000 dwellings, which could rise to 370,000 by 2015 and put upward pressure on property prices.’

That’s a serious under supply.

So not only is there massive demand for property fuelled by factors above. But there’s also a shortage in housing supply.

A perfect storm for sustainable growth = a great time for property investors.

What we are experiencing now is a sustained elevation in pricing – not a bubble.

Let me share this with you readers, I personally have not seen the market as hot as it is now in Brisbane, since the boom of 2007, the thing is – it is clearly getting bigger than that…

Despite all of the events above we have had to endure over the years the table below demonstrates that property really is a winner. 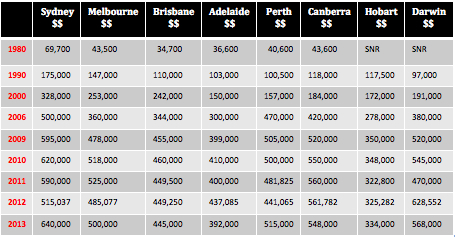 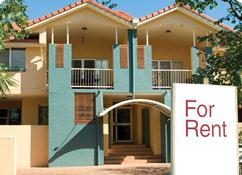 Please let us know if you would like a free report done on your rental property in Brisbane.

Email [email protected] and just ask for a rental appraisal report, please include the address of the property and some information about the configuration.

$4.9 million home on Royal Esplanade in Manly perfect fit for Angelina Jolie and her family while they film in Queensland

ATTENTION Angelina Jolie and Brad Pitt — your search for a Queensland home is over.

After causing a stir in the Brisbane bayside suburb of Manly with her surprise lunch at Wilson’s Boathouse, speculation has mounted that Jolie could be looking to buy property in the Sunshine State.

The lowest interest rates in 60 years are naturally a key ingredient to the current energy in capital housing markets. As expected, the Reserve Bank elected to keep interest rates on hold this month, following last month’s 0.25 percent rate cut.

Welcome to the latest edition of Queensland Market Monitor – a quarterly, electronic publication entirely focused on residential sales and rental research data on a suburb-by-suburb basis (where available) throughout Queensland.