Interested in investing in Queensland? Wondering what your money can buy? Here are 4 recent case studies on properties we secured for our clients. Each case study identifies our client’s budget and property goals. Whether it be set and forget, renovate and capitalise, buying with your head and not your heart or your forever home there are great opportunities for everyone: 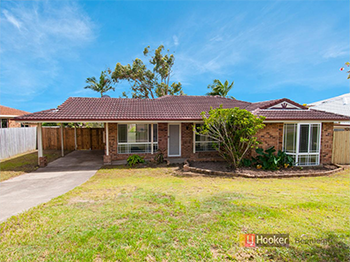 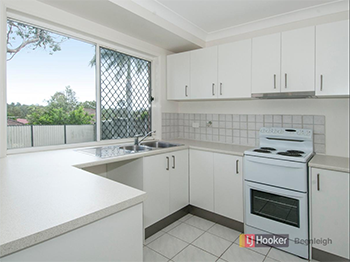 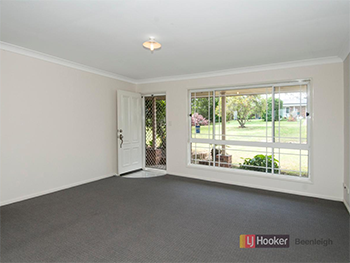 Scenario: A broker who we (NPB Brisbane) had dealings with on a previous client’s engagement called me and asked me to talk to her clients in NSW about property investment in Brisbane and where and what to buy – as she felt concerned that they were about to make a decision on a house and land package that was not fully aligned with their goals.

The meeting: As I was in NSW at the NSW Property Buyer Expo the following week the prospect and I organised a meeting together.

He was about to engage with a company that provided them with a brand new house and land package “close to Brisbane” for $350,000. This was of course very attractive to them as they would receive huge tax depreciation benefits and a guaranteed rental. During the discussion, I began to understand what he was after with his budget and what his required yield would be to make it work for him.

I gave him some feedback on the issues that I could see with his House and Land package option and we talked about the alternative for his budget and yield expectations. I also arranged to have a Skype call with him and his wife that evening as she could not meet face to face at this time.

The following week the couple engaged with NPB and we set around starting the search for their investment property.

Brief: Minimum 3 bedroom, large allotment of land not under 500msq, tenant ready, yield greater than 5%, capital growth greater than 3% p/a. I recommended 3 suburbs to them for review, these were the only 3 that I had confidence in that would perform from a growth perspective and would attract a good long-term quality tenant.

After 4 weeks we found a property on Sandra Anne Drive-Edens landing –it was in good condition and in the premium pocket of Edens Landing. We proposed that to get maximum rent they would need to install a dishwasher and air-conditioning.

Upon settlement, my property management department arranged for the supply and install of a/c and dishwasher and had the home cleaned internally and lawns mowed ready for the 1st rental open.

We obtained a tenant on a 12-month lease paying $370/week rental. That gives the client a yield of 5.4% on purchase and a very happy client. 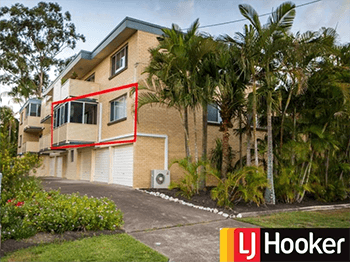 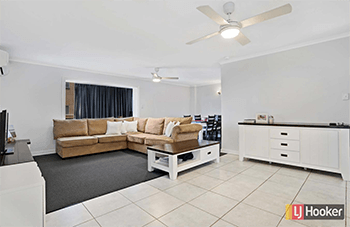 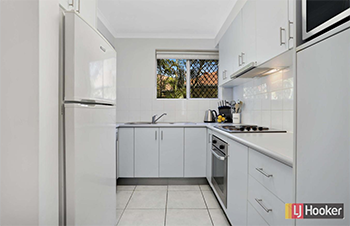 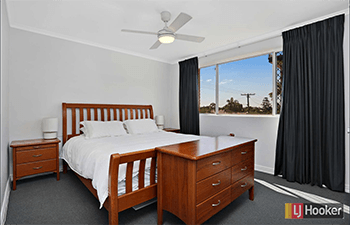 Scenario: A Professional Couple from WA were referred to us by their financial planner.

They had 2 children attending University in Brisbane that had been residing in student assisted accommodation but they had realized that it was not best suited to them.

The mother had made numerous trips to Brisbane to search for a suitable unit for them to buy for their children but was finding it a daunting and stressful task. The unit had to be large enough to accommodate the son, daughter and a third flatmate as well as offering ample living and study area.

As the son was following in his father’s footsteps and forging a career in the medical industry it had to be close to the Royal Brisbane Hospital in Herston and the daughter had to be within easy commute to Queensland University of Technology (QUT) at St Lucia.

Engagement: After an initial telephone conference with the wife and a face to face meeting in Brisbane on her next visit the clients agreed to our advice of acquiring an older style 2 bedroom unit (which tend to be larger than new) and has potential to create that 3rd bedroom or if timing on market is right we can find an existing 3 bedroom unit.

We were also mindful that the unit had to satisfy all of NPB’s Queensland investment grade criteria as well as their needs so when the time came that the children’s purpose had outlived the unit that it could be easily rented or sold at a profit. They toured around the suburbs we suggested and they liked the feel and logistics of them so we were all ready to start.

They approved a budget of $430k but a contingency of $450k if really needed.

Acquisition: After 3 weeks searching and 2 potential matches (that the mother had found online) written off, we came across a unit in Ashgrove. Situated in a 1980`s style two storey brick block of six. This unit was on the 1st floor and located in the front corner so not adjacent to any other units offering great privacy as well as elevations.

The unit has 3 bedrooms, 1 bathroom and a great size living area and a study nook. The unit had been renovated by the owner-occupiers – who needed to upsize with an additional child on the way – and was ready to move in.

This unit ticked all the boxes:

The unit was about to be taken off the market and was in fact no longer advertised online – it had been online for 90 days and the owners had decided to refinance and keep the unit. This could either work in our favour or it could lessen the motivation of the owners to sell. The unit was originally advertised online for offers over $450k and had been so for the duration of the listing, however, our valuation was no higher than $430k.

After arranging inspections for both the children and the mother we received a strong approval to commence negotiations. After opening the negotiations at early 400k and after 2 weeks of negotiations we reached $425k at which point both parties agreed and signed off on the contract.

The unit sailed through the valuation and building inspections and after a 30-day contract, settlement was reached. A very happy husband and wife and ecstatic children. Some more happy clients. 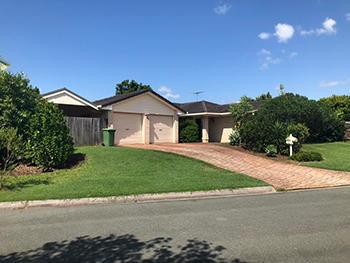 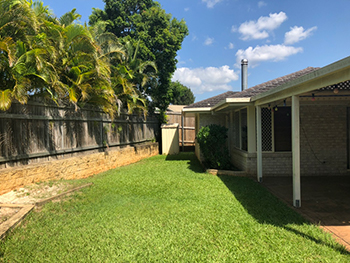 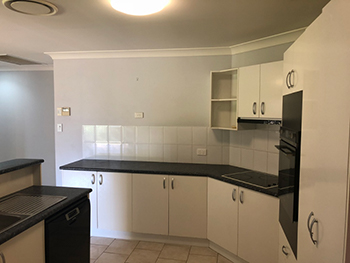 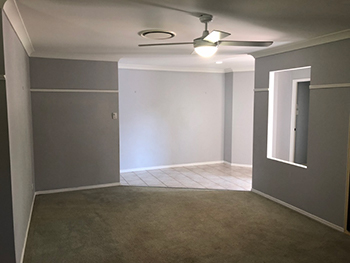 Scenario: Expats currently residing in UK came to NPB QLD for their 2nd purchase within 6 months. This time we talked about alternative strategies to their first property that was bought as a set and forget. The clients elected to go with a buy and renovate option so that they can manufacture equity through a renovation in 12 -14 months time.

We approached our network of sales agents and after 4 weeks were introduced to a property in Wellington Point that was just about to be listed, but the agent who we have a good working relationship with provided us with advance notice

After a quick walk through I knew immediately that this was a blank canvas for renovation. The bones of the property were good but it was in a poor condition as it had been neglected by tenants for a few years.

After some swift negotiating we secured the property for $545,000 which was at the very least $10-$15k under its current market value in my opinion.

The home was ripe for a full cosmetic renovation ($70-80k) that would increase its capital value to $780k – $790k on current market values. However, with a tidy up internally and externally, the replacement of a few small bathrooms fixture and a carpet clean the property could be rented whilst plans were underway.

NPB will also project manage the renovation when the client is ready to commence. 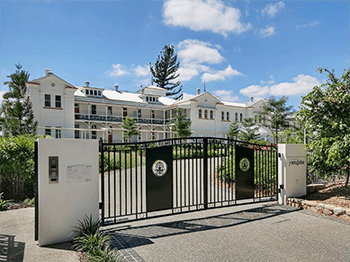 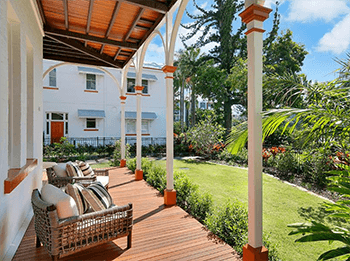 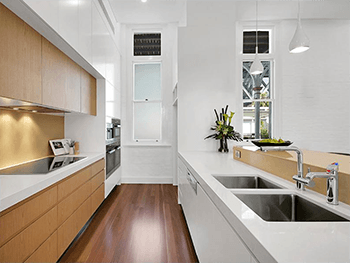 Address: 9 “The Residences at Yungaba”

Scenario: Interstate clients were planning on relocating from Victoria to Queensland. We meet with them in September 2017 to discuss our full service and our assess and negotiate service if they located a property themselves. In early November during another visit to Brisbane, they found their dream home in Kangaroo Point. They immediately engaged us to assist them with our assess and negotiate service. However, they quickly arrived at a decision to “halt” as the plan to move states was placing too much emotional stress on them and they felt they were not quite ready. However, in December after consulting with their family and an active fear of losing their dream property they confirmed they would like to re-commence the assessment and negotiation of Kangaroo Point.

After reviewing our initial inspections and preparing an updated assessment report on the current market value the client approved us to commence negotiations for the property. Although, he did express reservations about our value range as it was substantially lower than the agent had suggested to him:

Our client indicated that if we could secure the property in my reported range he would be extremely happy.

We began negotiations and opened with an offer of $2.20m that was rejected by the sellers and they were reluctant to provide a counteroffer (the property has previously sold for $2.75m). However, it was an opening to begin communication with the sellers via the agent.

The sales agent had previously mentioned another “interested party” who may have placed an offer we asked about the status of this offer. We were not fully convinced with his reply so we elected to hold for a while before we made the next move. We then submitted an offer of $2.25 Million with a firm indication to the agent that this was our top.

As half expected the sales agent informed us that the sellers had rejected our offer. The agent also included a request that the client’s Victorian property be sold first which would remove the need for the purchase here to be subject to the sale of it.  He added strength to his statement with the justification that a “cash offer would stand more chance with the sellers than a subject to sale offer”.

We immediately advised him that if we halted our current negotiations to sell the Victorian property we would definitely come back to submit a cash offer. However, given it would be a cash offer it would be at the original offer price of $2.2 Million. We suggested to him not to dismiss this but rather go back to his sellers and advise them of our intent if we sold first.

The next day – we had an agreement at the $2.25M. Our client was incredibly happy with the negotiated price as it was substantially lower than the selling agents quote and that an exact replica in the complex sold for over $2.75M weeks prior to this purchase. A massive amount saved for our client – by strong negotiation tactics.