Purchase price is one thing, but local knowledge is priceless

According to Domain Group data published on Monday, the Sydney auction market is showing some signs of slowing down. The 76.4% clearance rate recorded over the weekend was down significantly from the 79.7% achieved last weekend. Even further down from the 83.4% recorded over the same weekend in 2014.

However the dip in clearance rates hasn’t stopped the overall intensity in competition. In fact, the heat from the Sydney market has started to push buyer’s – more specifically, buyer’s agents – to look for property in other markets.

With Melbourne just as competitive, Sydney-siders are looking north to Brisbane to secure property.

Local Brisbane buyer’s agents have noticed an increase in the numbers of Sydney based buyer’s agents submitting offers on property in sought after Brisbane suburbs such as Paddington and Ascot. Based on anecdotal evidence, it has become apparent that the Sydney buyers are happy to pay extra to secure a property to the point of paying more than the property is necessarily worth. 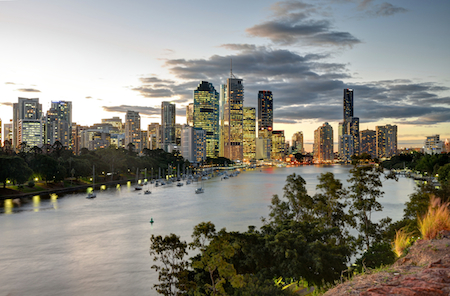 Brisbane is an incredibly attractive market for Sydney-siders who would be paying over $1million for property less than 5kms from the CBD. If a buyer from Sydney is already saving hundreds of thousands of dollars on a purchase in Brisbane within a comparative distance from the city centre, paying above the property value to put pen to paper isn’t such a big deal.

However, key to all of this is the potential to make an ill-informed decision due to the lack of invaluable local knowledge. The Sydney case study is a good example of the need to employ local knowledge to fully understand the intricacies of the property purchase specific to that area. There can be so much more involved in buying a property than just getting a good deal.

For example, the 2011 Brisbane floods did some significant damage across the city that could potentially have residual effects on land in the city. Some parts of suburbs such as Albion were affected by flood waters. Local agents know which streets are still feeling the effects of the floods and which aren’t and how that may affect property value.

Natural disasters notwithstanding, there are other considerations that local knowledge would be invaluable in illuminating.

School catchment zones have a huge impact on a property’s value. Finding out where those catchments lie is easy to discover, but knowing intimately how well a school is regarded and desired, and therefore how much more it can add to the value of a house is something you would only glean from local agents.

Considerations like local traffic is another example of the value of local knowledge. It would be incredibly frustrating for a buyer to discover their new street carries a lot of traffic which in turn affects the overall value.

Buyer’s agents often act for clients who are not based in the city they’re buying in. However, those buyer’s agents are usually based in that city. It is less common for the situation in Sydney to occur – although the Sydney market is going through an extraordinary period.

Buyers do need to be aware of the vital need to find someone with intimate knowledge of a local market. It is seldom the case that a vendor would employ an agent with knowledge of their area to sell a home, so why would a buyer employ a buyer’s agent without local knowledge?

Contact our fully qualified and experienced team who are on the ground in Brisbane and understand the local real estate scene better than anyone.