Negative Gearing, Will it Stay or Will it Go?

If anyone started singing The Clash song after reading this title, please email me!

On a serious note, Negative Gearing has been a lighting rod of late with some commentators complaining it is contributing to the increasingly expensive residential property market. Keep in mind, although Australia is not the only country that has this type of tax law, we are the only ones that refer to it as the term, Negative Gearing, another slang term for us to hang our hats on!

What exactly is Negative Gearing, is it causing higher property prices and will it be scrapped?

Our friends over at Wikipedia have a fairly basic but easy to read summary of Negative Gearing: 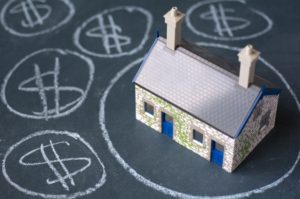 So basically, if your investment cost you $10k per year to manage and you earned $8k per year in income, you could have a Negative Gearing benefit of $2k which is then assessed against your personal taxable income and may result in a refund on tax already paid.

Negative Gearing can also be utilised against other investments besides residential property – shares, managed funds etc. can also utilise this benefit.

There is a common misconception with property investing, (and most likely investing in general) that for every dollar the investment costs you, the Australian Government or the Australian Tax Office, (ATO) will give you that dollar back. Just remember, if you are eligible for negative gearing, then you most likely just don’t pay tax on that particular dollar, rather than receiving the whole dollar back.

Also a quick note, keep in mind that any capital payments onto your investment loan, ie anything you pay onto the loan on top of the interest charge is not eligible to be used to calculate your Negative Gearing benefit.

So now you are an expert on what Negative Gearing actually is, what are the main issues?

Negative Gearing was introduced into Australian tax law in the 1930’s and was briefly scrapped in the 1980’s by the Hawke/Keating Labor government so this talk of Negative Gearing being removed or quarantined is not a new argument!

Those wanting the law scrapped claim that it causes investors to inflate the residential property market, making it less affordable for first home buyers and owner occupied purchasers. Another point is that they claim it will increase tax revenue which could be spent on capital works projects to improve the standard of living and possibly decrease income tax. Also that it is primarily wealthy investors, those least likely to require taxation reductions, that benefit from the law

However, those looking at the positive aspects look at Negative Gearing as supporting the Australian housing market by stimulating growth, construction and therefore creating employment. They also mention that it encourages individuals to save and build wealth and it provides properties for those to rent who may not be able to purchase their own property to live in.

As we have discussed in other articles previously, it certainly depends on which side of the fence you are sitting on, however the likelihood of Negative Gearing being scrapped or wound back appear to be minimal. If the Australian tax system is driving up house prices, then why don’t we see this happening across all cities? Tax laws are the same across the country yet some cities are booming while other cities are lagging.

The current low interest rates have increased the ability and amount people can borrow which may be having more of an effect than the Australian tax laws.

I am not 100% convinced. As an investor, do you go into the process of investing solely for the Negative Gearing benefit and to perhaps buy a high risk, high reward property? Of course there may be people out there who do this but surely the first rule of investing is to create an asset for yourself and family for the future, wanting that asset to grow in value so it can provide you options and security for the future. Would it not be a possible argument that Negative Gearing is a small beneficial offshoot of investing in Australia rather than the sole reason you would invest? A benefit that only lasts a certain number of years until that assets becomes either neutral or cash flow positive?

Senator Chris Bowen stated recently, “I don’t think either side of politics is going to abolish Negative Gearing tomorrow”.

More indecision, a lack of understanding or greater issues at hand?