Why January 20th is an important date for landlords

January 20th might not seem like a particularly significant date. But for landlords, this date should be of some importance – it should be the date their leases come up for renewal.

Strictly speaking the 20th of January isn’t the exact date, but it is a useful guide. The month of January, particularly later January, is one of the busiest period on the rental market.

There is a massive increase in activity during this time as people come back from holidays, start new jobs. There’s also the general sense of new beginnings at this time of the year that can bring people onto the rental market.

For landlords, this is the best time to bring their investment property to the market because they can take advantage of so many more applicants looking for rental property.

The jump in activity in a relatively short space of time is startling.

“In October, we had a property become available after a lease break and it took some time to find a new tenant” said Adelaide Senior Property Manager, Katherine Skinner.

“This time of year is completely different. We’ve had 25 parties through an inspection over the weekend, with 8 applications and the property leased in 24 hours. It has been the same story with 3 other properties which leased between Christmas and New Year”.

It’s a similar situation in Victoria.

“We were getting calls for a two bedroom apartment in Thornbury on New Year’s Day – a week before the first open” said Victorian Property Manager, Mika Chum.

“Saturday the 7th of January was the first open with about 40 people coming through, and we received roughly 15 applications on Monday.” 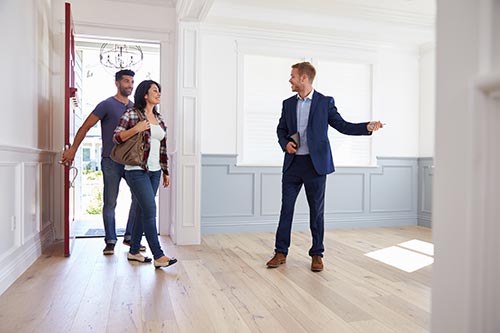 January is a prime time for landlords to secure tenants, thanks to an increase in competition.

With more competition comes far more choice for landlords to secure quality tenants for their investments. They really are spoiled for choice.

But if landlords don’t align their leases for renewal by this time they will risk of missing out on the massive increase in applicants.

“We will align our leases so that they commence or will come up for renewal around the January period” said Queensland Senior Property Manager, Tracey Farrell.

“This can make the lease periods a little longer. Instead of 12 months they become 13, 14, or 15 months. But it does mean that if the tenant leaves at the end of the lease, the landlord will have a much greater choice of applicants.”

Planning for the optimum time to bring an investment to the rental market can begin with negotiating the settlement period.

Properties purchased in the spring market should align their settlement periods to coincide with the peak time in the rental market, according to Victorian Senior Property Manager, Ivonne Di Perna.

“I think it definitely helps having buying professionals working so closely with Property Managers, like we do at National Property Buyers”, said Ivonne.

“They obviously buy the best property that’s going to attract good tenants, but given they work so closely with Property Managers, we can together advice on the best settlement times to ensure landlords have their pick of tenants.”

Get in touch to find out how National Property Buyers can help you with your property purchase.