A look at the Sydney Property Market

When it comes to free press, the Sydney property market has outstripped the rest and is recently capturing headlines Australia’s political parties could only dream about. While capturing headlines is one thing, the talk about a Sydney property “bubble” has gone into overdrive and is approaching hyperbole level. Saying that, it hasn’t deterred property purchasers from continuing to push the market north with SBS news stating this week that the median house price in Sydney is now $1.1m. An impressive number unless you are the borrower having to pay back the accompanying debt! 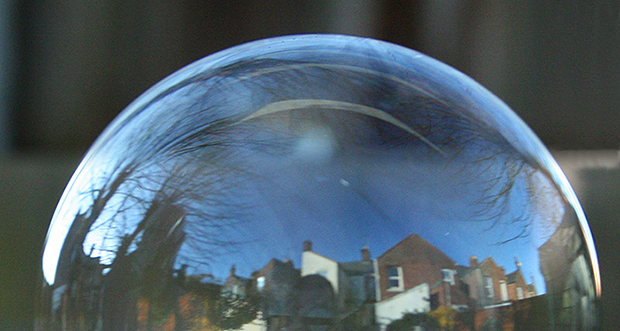 Is Sydney in a property bubble?

Definitely according to the Treasury Secretary John Fraser, who told a Senate hearing in late May that Sydney is “Unequivocally” in a housing bubble? Strong words from a senior public servant.

What exactly is a property bubble?

For a quick definition, I’ve referenced Investopedia who can be an excellent read, so here it goes:

“Housing bubbles usually start with an increase in demand with limited supply which takes a relatively long period to replenish and increase. Speculators enter the market, (Does that include the Asian buyers?), believing that profits can be made through short-term buying and selling. This further drives up demand. At some point, demand decreases or stagnates at the same time supply increases, resulting in a sharp drop in prices and the bubble bursts” Investopedia go on in the next paragraph:

Let’s run a checklist re the above and see if it relates to Sydney;

Limited supply – Yes in metro Sydney although new apartments are not limited.

Speculators have entered the market – No (To Be Determined).

Loosening of credit standards – No.

So 3 out of the 5 points above we can certainly say yes. Interestingly enough, since APRA, have come down on the lenders like a ton of bricks, lending regulations have tightened significantly, in fact to severe levels not seen for some time, but more on this later. One lender has even changed their credit policy to not allow investment lending above 80% LVR for any Sydney based security, an overreaction? Again to be determined. A commentator from CoreLogic RP Data has commented that APRA’s recent pressure on lenders to restrict LVR’s rate discounts and debt servicing will have some effect on the marketplace, especially with 60% of mortgage origination’s in Sydney being investors.

Can demand be slowed, will this help?

Is demand coming from property speculators or do we have a new demand channel coming from overseas? The offshore Asian market has certainly been mentioned as a buying body that is distorting the Australian property market. New Anti Money Laundering (AML) legislation was due to be brought in by the Australian government almost 10 years ago, yet it has still not been introduced. There is a line of thinking that introducing this legislation may take some of the heat out of the Melbourne and Sydney markets by reducing the big money coming in from overseas, especially when these buyers don’t require finance to purchase these large homes.

Using China as an example, at present Chinese investors are permitted to take out no more than $500,000 USD from China yet these same investors are paying cash for $1.5m-$2m purchases. So where is this money coming from?

Credit Suisse estimates that $28 billion AUD has been invested into the Australian property market from China over the last six years, demand from China continues to be strong even as the Chinese economy enters a slow down phase. Therefore demand for property in Sydney should remain strong as local residents also require homes and may have to adjust their sights on what they can buy and especially the location they buy in.

Back to Mr Fraser and his proclamation, he raised concerns that having interest rates at historically low levels was encouraging people to over invest in real estate. He also states, “frankly, whatever the data says, just casual observation can tell you that’s the case”. Interesting stuff, especially from a senior figure who should be following the data rather than what is constantly reported once in the press and then regurgitated like it is new news.

We’re not here to lambaste Mr Fraser, only to look further into what is happening in the Sydney market and for reasons why. It’s also important not to be part of the sheep mentality and get dragged along with the herd, we all know what happens to sheep when they meet wolves!

The Australian Prime Minister was recently asked if he thought Sydney was in a housing bubble and replied that as a Sydney home owner, he hoped prices would increase in Sydney!

How do we decipher these mixed messages?

The Reserve Bank has rates at historic lows and is trying to stimulate an economy heavily reliant on the building and property markets, yet they want to curb property prices in Sydney and Melbourne.

How does APRA and the Australian lenders restrict investment lending to property purchasers who don’t require loans?

How does an Australia wide approach apply to hot markets like Sydney and Melbourne and mild markets such as Adelaide, Perth and Brisbane?

How do the various bodies slow down demand when Sydney council has nearly doubled its population over the past 20 years?

Is the Sydney market just developing into one of the major international cities of the world where renting becomes more common than owning, comparable to London, New York, Hong Kong and Paris?

Australians always love to be mentioned in the same breath as larger countries, is this a case of being careful what you wish for?

Housing affordability will not be improved with the inevitable rising of interest rates in the future but it may began to cool the investor market. This would take some time though as rates are still excellent for buyers and the negative gearing benefit is still available although this has also been on the political radar of late.

So back to the bubble, is there one and will it pop?

While property prices continue to climb and demand remains strong, it is difficult to see, barring some unforeseen disaster that demand will remain strong for years to come as rates remain low and Sydney is seen as preferable destination for the international community.

A bubble or an evolving market, you decide….